Dehua Porcelain: The White from China

The first Dehua porcelain kiln was launched during the Tang Dynasty (618-907). Developed throughout Song (960-1279) and Yuan (1271-1368) dynasties, the technique peaked around Ming (1368-1644) and Qing (1636-1912). Especially so since Ming when porcelain masters represented by He Chaozong—"the porcelain sage"—invented the Eight Techniques: to squeeze, shape, carve, cut out, paste, join, polish and finish.

Quanzhou was the oriental start of the Maritime Silk Road, a city that Marco Polo called"the City of Light." The piece of Dehua porcelain (an off-white four-ear jar made in the Dehua kiln) he took home from Quanzhou is still on display in St. Mark's Basilica in Venice. Dehua porcelain was a major trade (evidenced by rescued objects from the"Tek Sing" shipwreck of Qing) for China on the Maritime Silk Road. For more than 300 years, European countries went all out to study and duplicate Dehua porcelain, which made a profound influence on the porcelain industry on the continent and in the entire world.

The French called Dehua porcelain Blanc de Chine ("White from China"). How blanc the porcelain is depends on the iron contents in the porcelain body. Based on different firing conditions, the finished object could look lard white, ivory, cream or flush pink. Dehua County is wrapped within the Daiyun Mountains that has highland soil of the highest quality. Thanks to the soil, the body and glaze of Dehua porcelain gear so perfectly and smoothly together that you would think you are holding a jade ware.

Dehua is one of the three major Chinese centers of ancient porcelain. Dynasties come and go; so did time and space. But for thousands of years, the fire in kilns never cease. Over 200 dragon-shaped kiln sites made it to modern times, three of which are still making pottery today. Porcelain is an art of fire. However carefully artists carve their patterns, it takes only one minor mistake in the firing process to make everything in vain. Made from earth and shaped by fire, Dehua porcelain is thousands of procedures in one object, which embodies the craftsmanship of the Chinese people who would not miss one single detail nor stop trying to be better.

Dehua porcelain is one of the best kinds in porcelain, as it puts"White from China" on the artistic map. During the 2017 BRICS Xiamen Summit, Dehua porcelain charmed the world again, this time also as an official Chinese gift for foreign countries. With legacy from history and inheritors of our day, Dehua porcelain of the new era will board the ship of the Belt and Road Initiative and depart again toward the world. 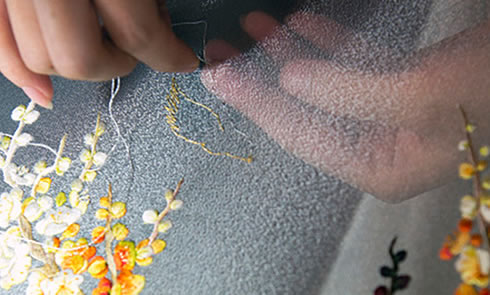 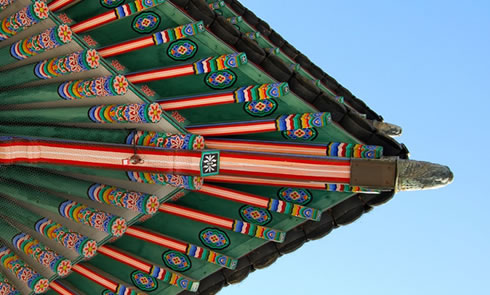 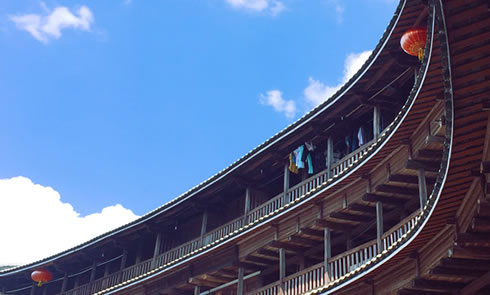 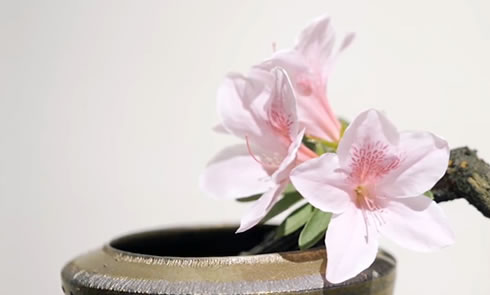 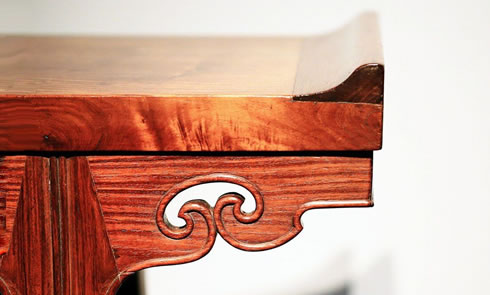 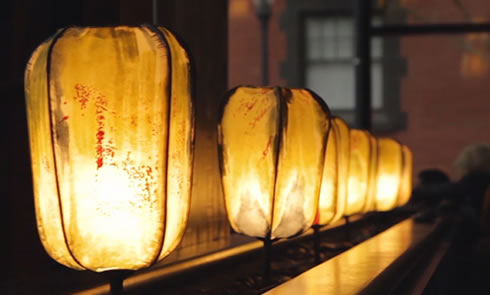 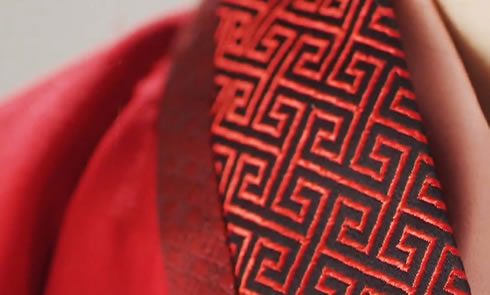 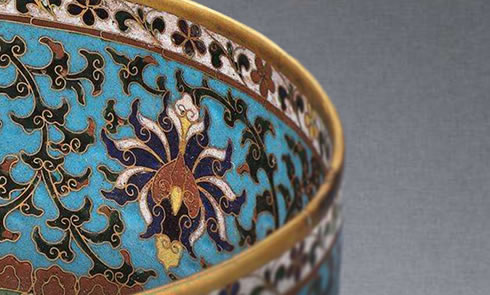 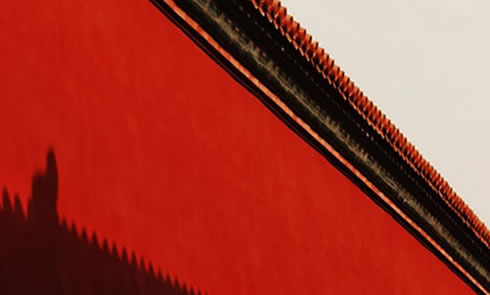 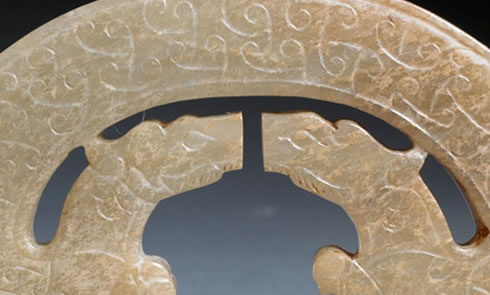 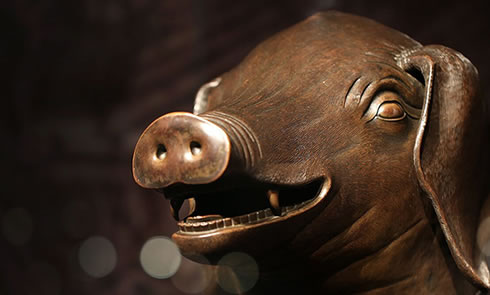 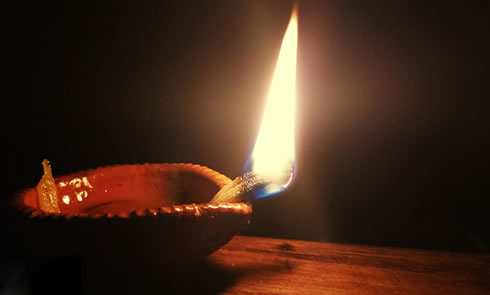 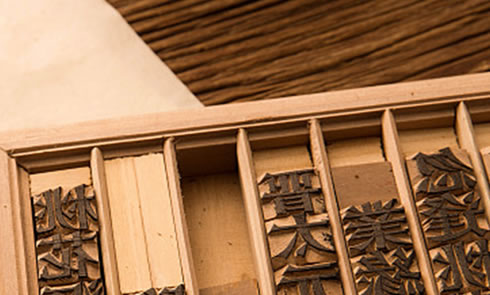 As the name suggests, Suzhou embroidery hailed from a county in Suzhou—the Wuxian County. But now it has reached everywhere around the Taihu Lake. It is one of the "Four Embroideries" along with Hunan embroidery, Guangdong embroidery and Sichuan embroidery.

Sunmao is the most common structuring approach in ancient Chinese architecture and furniture. In the joint part of a component, the tenon is called sun, and the mortise is mao.

Tulou, or a "building made of earth," was first built by the Hakkas following the design concept of "men of nature", fengshui and good trigrams. Fending off mountain burglars and beasts, these houses are the homes the Hakkas live in and castles they guard. Now the drifting days are well behind us, but their earthen witnesses are still there, standing, for the next hundred years. The cultural and aesthetic values of Tulou cluster are increasingly prominent, inspiring artists in their creative process.

In the hands of the most capable artists, timbers of different nature are charming in their own unique ways. This is why we say, "Carve the wood how it would".

In China, people have been using lacquer for over 7,000 years since the Hemudu culture during the Neolithic Period. Ancient Chinese used to consider lacquer "solid in nature, brilliant in color".

Flowers bloom on tree branches, and on the skirts of young girls. Buy a bouquet anywhere and put it on your desk; it will freshen up the air for an entire day.

There is a poem in the Book of Songs that goes like this, “An elegant and accomplished gentleman should increase his self-discipline as hard as cutting and polishing a stone.”

A line from a Chinese poem reads, “After creating a pottery with clay, you will see extraordinary light and color.”

A lantern is an object used for everyday life and folk rituals, as much as an artwork that pleases people’s eyes.

Piyingxi, or Chinese shadow puppetry, is also called yingzixi(a play of shadow) or dengyingxi (a play of light and shadow) in Mandarin. It is a popular opera art among Chinese people.

Traditional Chinese costume is just the starting point; one day, the profoundness of Chinese culture will be comprehensively revived.

It is as gentle as ancient jade, and as gallant as colorful silk. From paintings and sculptures to bronzes and porcelains, it is a combination of Chinese traditional arts and crafts. This is Chinese Cloisonné.

Suspended inside the Hall of Central Harmony at Beijing’s Forbidden City, a horizontally-inscribed board written by Qianlong Emperor says,“Devote to that of Neutrality and Impartiality”. This phrase originally came from The Book of Documents – Counsels of the Great Yu, and warns emperors that only by being neutral and impartial can one govern a nation.

The Chinese Zodiac represents 12 animals conveying the beliefs from ancient Chinese people. These animals are Rat, Ox, Tiger, Rabbit, Dragon, Snake,Horse, Sheep, Monkey, Rooster, Dog and Pig in order. It is said that Chinese ancestor arranged the order according to these 12 animals’ behavior and used them to record the time.

The use of fire made the discovery of oil lamps possible. The early form of oil lamps, Dou, existed as far back as the Paleolithic Period. Their very basic structure of a cup, a base, and a pole laid foundation for the shape of Chinese oil lamps.

six years later,in spite of the far distance and the war,Shuhong brought his 12-year-old daughter,ShanaChang,to the broken city of Dunhuang. ShuhongChang’s arrival ended the westerner’s exploration,while at the same time launched the Chinese research and protection of Dunhuang. His arrival also tied ShanaChang’s life and fate to this place. Under her father’ sguidance, she crawled through all its caves,and traced through all its mesmerizing murals. In1948,Shana traveled to the United States to study at the Museum of Fine Arts Boston. After she returned to China, she worked in arts and crafts design,took part in designing the 10 Great Buildings of Beijing,and became the dean of the Central Academy of...

In the process of globalization, there are more and more Chinese written characters appearing outside China. Even if you do not understand what these characters mean, you still can be fascinated by Chinese culture within the symbols.

We plan to produce 100 episodes by choosing 100 elements from the Chinese culture, in order to present a broad and profound Chinese cultural image in a concrete way. China Bouquet is divided into humanistic arts, cultural heritages, national memories, and character stories by subject content.

Humanistic arts include visual arts, music, dance and many other forms of art. Chinese cultural spirits are explored from contemporary art works such as The Art of Chinese Characters, and Chinese Lacquer ware.

National memories explore the spiritual values behind archeology, historical events and beliefs, such as The Light of Guidance, and Kunlun Faith. 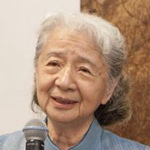 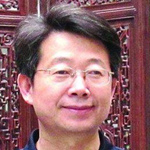 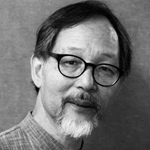 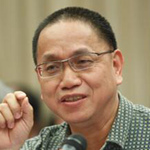 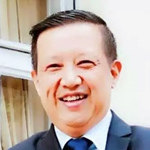 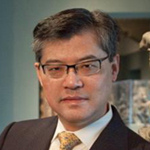 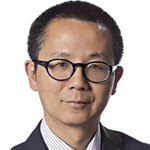 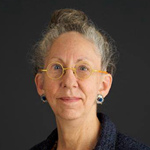 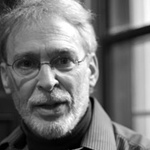 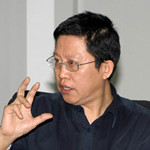